We were utterly heartbroken to discover that sometime late Tuesday night, someone broke into our new home.  They kicked in one of the panels in the back door, which is the original Georgian door. Since we have not moved in yet, there was nothing to steal, so apparently in their dismay at the lack of theft-worthy goods, these disgusting people decided to defecate on our 200-year-old heart pine floor.  We feel sorry for someone with such a lack of respect for others and their property, and a lack of respect for a house that has withstood storms, war and periods of neglect for over two centuries.

We cannot thank the Pitt County Sheriff’s Department enough for all their help, support and friendship during this ordeal, as well as their continued vigilance over our community.

Deep breath…and moving on with our lives…
Posted by Garreth and Kim at 2:20 PM No comments:

Garreth has been working very hard to get all of the lamps, porch lights, and motion lights cleaned up and functioning once again!  We live in the country, and it is dark out there at night, so it's nice to be able to leave lights on when we are coming and going after dark.  Thankfully, the wiring seems to be sound.

We decided to keep the existing front porch lights - they are beautiful bronze carriage lanterns that the previous owner bought in London and had converted to electricity.


The lamps in the front yard were totally encapsulated by overgrown hedges and vines.  The vines had even managed to knock the lamp askew on top of one of the posts, so Garreth once again had to wield the chainsaw just to get to them.

We decided we needed to stick with security lights in the backyard, so we went from hideous yet functional: 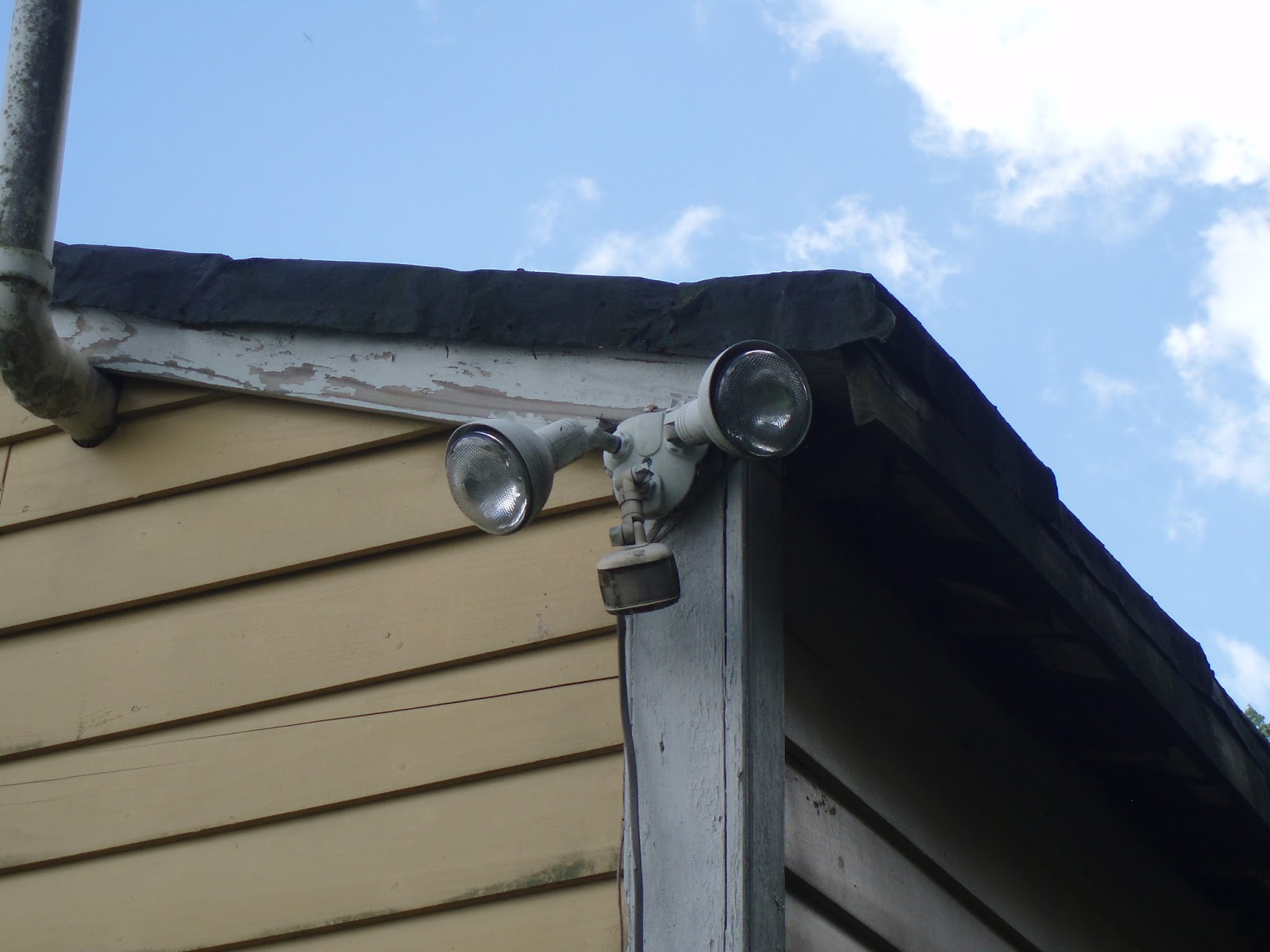 To stylish, yet still functional: 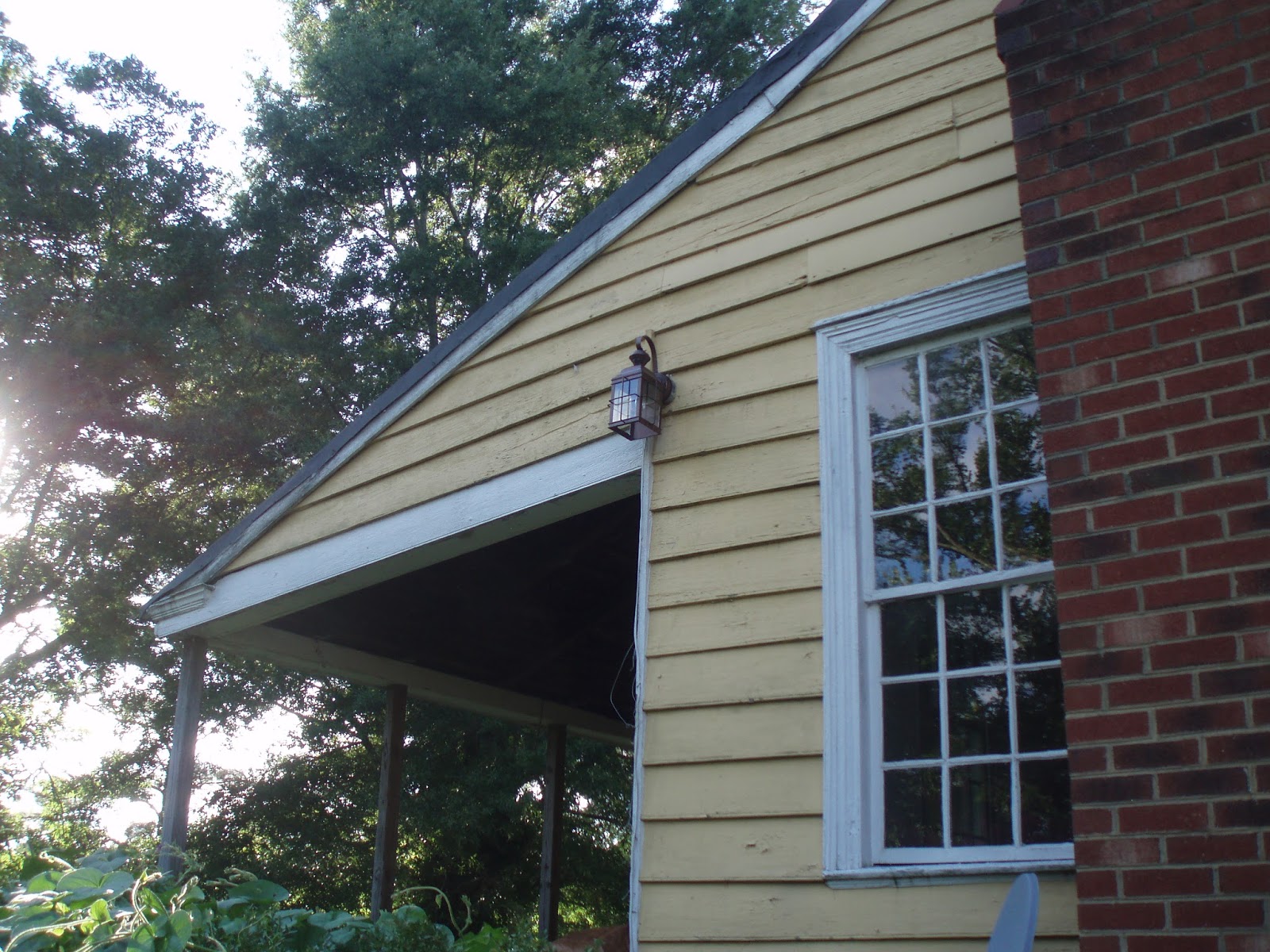 Lowe's has a tremendous selection of motion lights that are no longer ugly!  We picked a lantern style with a bronze finish.

And the big reveal...


Finally, we'll leave you with this, because sunsets out here are stunning... 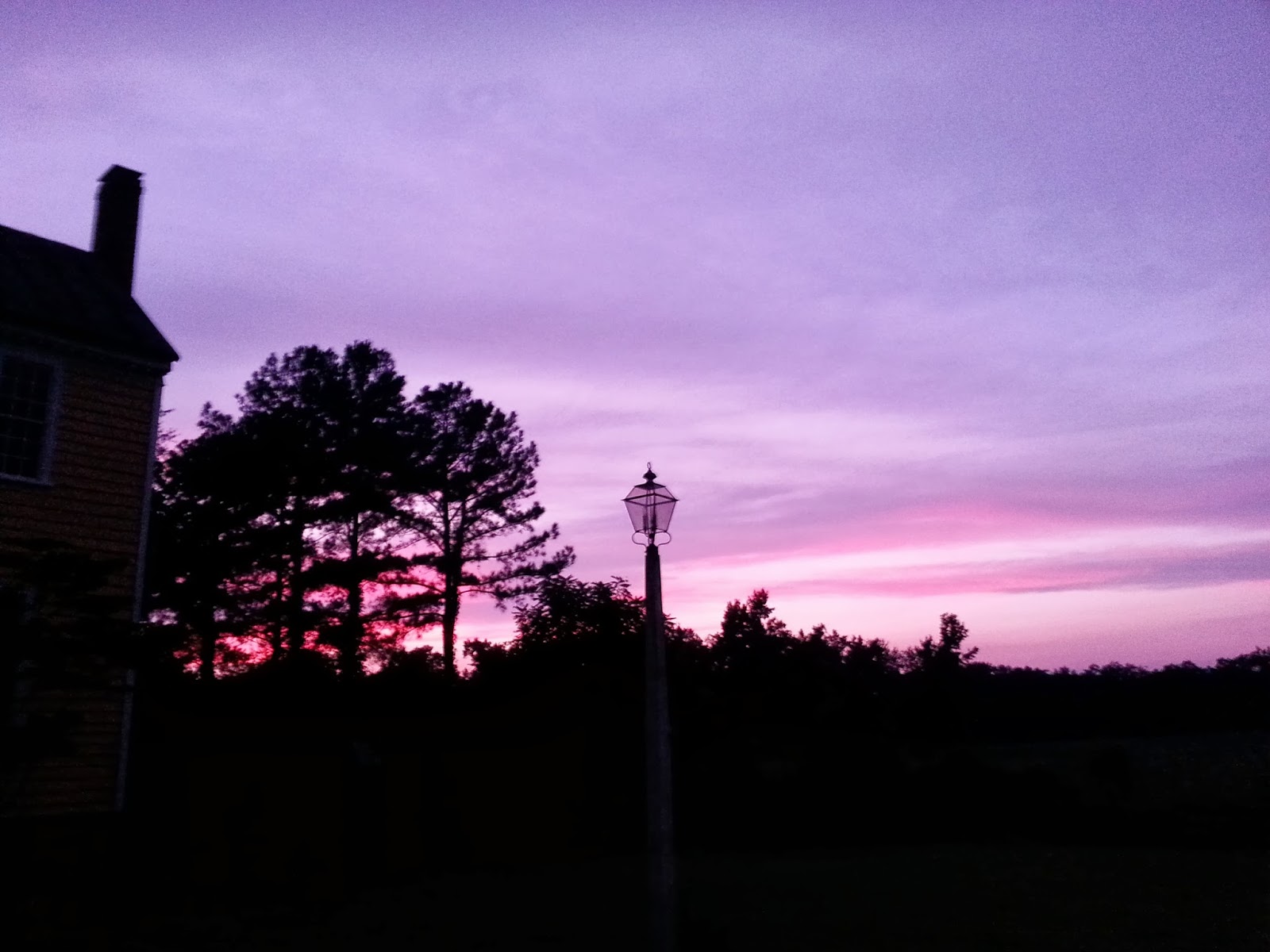 Posted by Garreth and Kim at 6:55 AM No comments:

We are equally as eager to start cleaning up the yard as we are to clean the house.  Since neither of us are master gardeners, this is going to take a while, but over the last few days, we can see little accomplishments slowly begin to change the face of our home.  When we viewed Greenwreath, it wasn’t totally clear what these were:


They just looked like two massively overgrown and oddly placed hedges.  However, after we bought the house and were able to spend more time there inspecting everything, it became clear that they are actually two trees that have been uprooted and left in place.  Judging from the aerial pictures available on OPIS, it seems they came down right about the time of hurricane Irene.  One of Garreth’s first tasks was to wield the manliest of yard tools, the chainsaw, and finally get rid of them.

He then turned his attention to the very overgrown boxwoods surrounding the house and completely obscuring the foundation.  We originally wanted to relocate them to the perimeter to make a nice hedgerow at the property line, but it turns out that the middle of summer is the wrong time to move large boxwoods.  Unfortunately, they have to come out in order to fix the sill, so we made the tough decision to cut them down since they would not have survived being uprooted.  Although we wrestled with this idea for some time, we love the outcome!  You can actually see the brick foundation wall now, which we agreed is much more visually appealing. 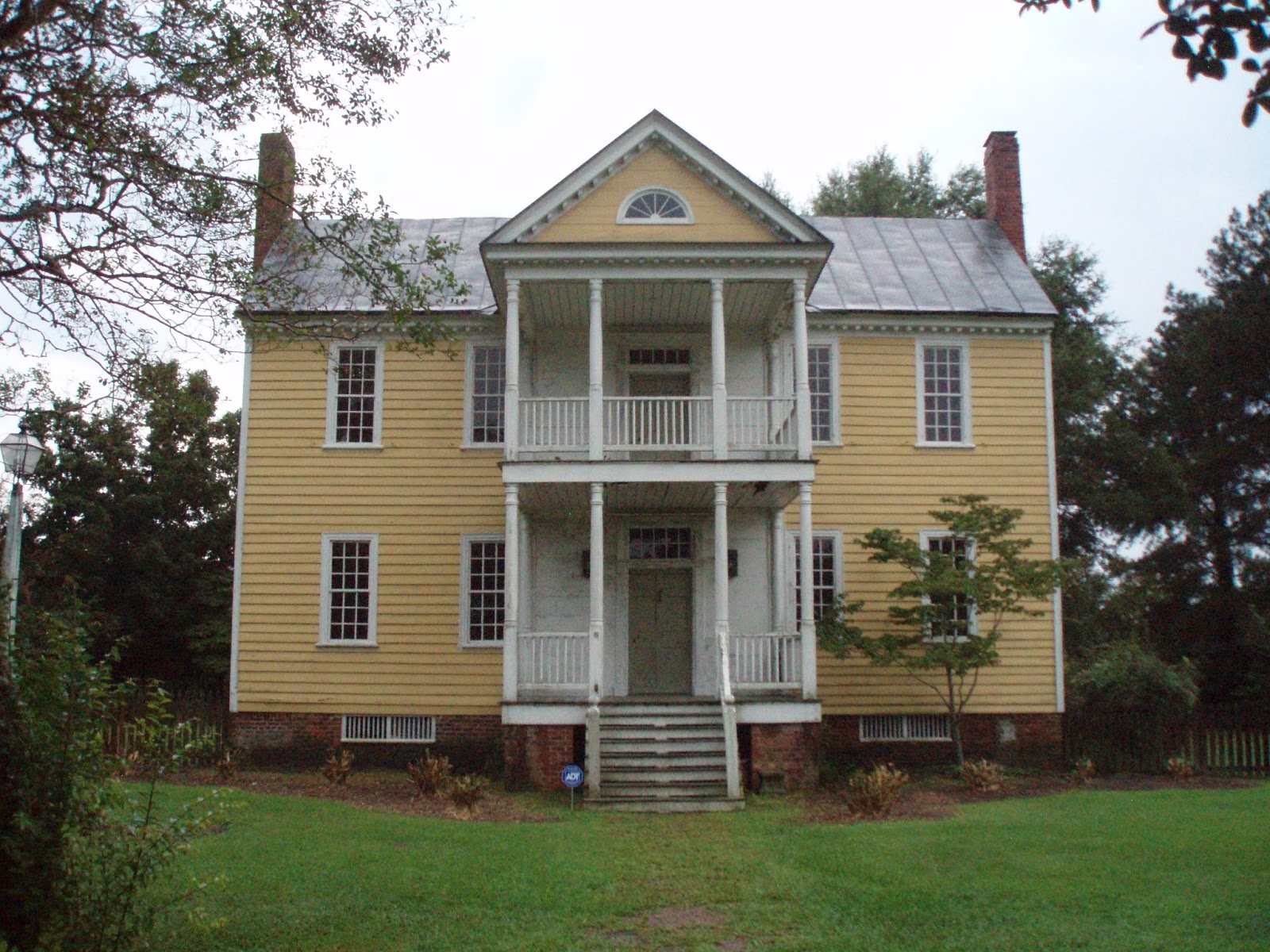 And here is the left side of the house, before and after its manicure:

Now that all of the overgrowth is gone, we can make out a date brick (1791) in this chimney.  It's upside down just below the first shoulder, suggesting that it was recycled from an old chimney in the dining room, which was torn down when the house was extended in 1810.

In case anyone wondered, Garreth disposed of the overgrowth using fire, and lots of it!  At a safe distance from our wooden house, of course.

More to come!
Posted by Garreth and Kim at 7:19 PM No comments:

Almost visible beneath a thick layer of grass and soil lies a well-preserved brick pathway that leads from the circular drive all the way up to the front steps, and it has been my mission to peel back the overgrowth and expose it once again.  After speaking with the previous owner, Mr. Morgan, it is generally thought that these bricks were laid in 1810 when the house was expanded to its current size.  Mr. Morgan also said that in his renovations, he found an earlier Georgian brick path beneath the one currently visible.  That might make for some interesting explorations sometime down the road, since it really appeals to the archaeologist in me.  :)  It also seems that the three crepe myrtles now lining the path were planted at that time, making them just over 200 years old.  I didn't even know they could live that long!

I began trying to find the end of the path nearest the driveway, by just yanking up the grass with my hands. Once the bricks were exposed, I was able to roll back the grass like a carpet, since the roots had become so dense and packed with soil over the years.  I also found that the path also has brick edging, another feature that had become hidden with time.

It took a couple of nights to clear this section, and it will probably take a month to finish the entire pathway, but it will be completely worth it in the end and give the house back its grand entry!

Posted by Garreth and Kim at 7:27 PM No comments: