A lengthy series of events led to us having to rip out our kitchen wall in late November.  During our first real freeze.  First, we attempted to get our downstairs gas pack and upstairs heat pump functional, in preparation for the oncoming winter months.  To our chagrin, we discovered that neither actually worked.  The upstairs unit was replaced with no problem; however, the gas pack made us sick.  Literally.  After a couple of days limping along on a small propane cylinder, we started smelling gas in the house.  We then decided that we should replace that one as well, and this time with an electric unit.  Have you seen the price of propane lately?  Also, our old propane tank is buried in the yard and was installed in 1987.  There is no telling what state it is in and how much longer it would actually last.  Back to the kitchen...  We already knew that there was structural damage to the kitchen wall, sill, header and floor, much of it behind the old gas pack.  So, when the gas pack had to come out, we decided to call Jason back in to fix the house, before re-installing a new unit.  Lucky for us, he made himself available.  We think he just took pity on us being without heat.


At this distance, there appears to be no issue, but upon closer inspection... 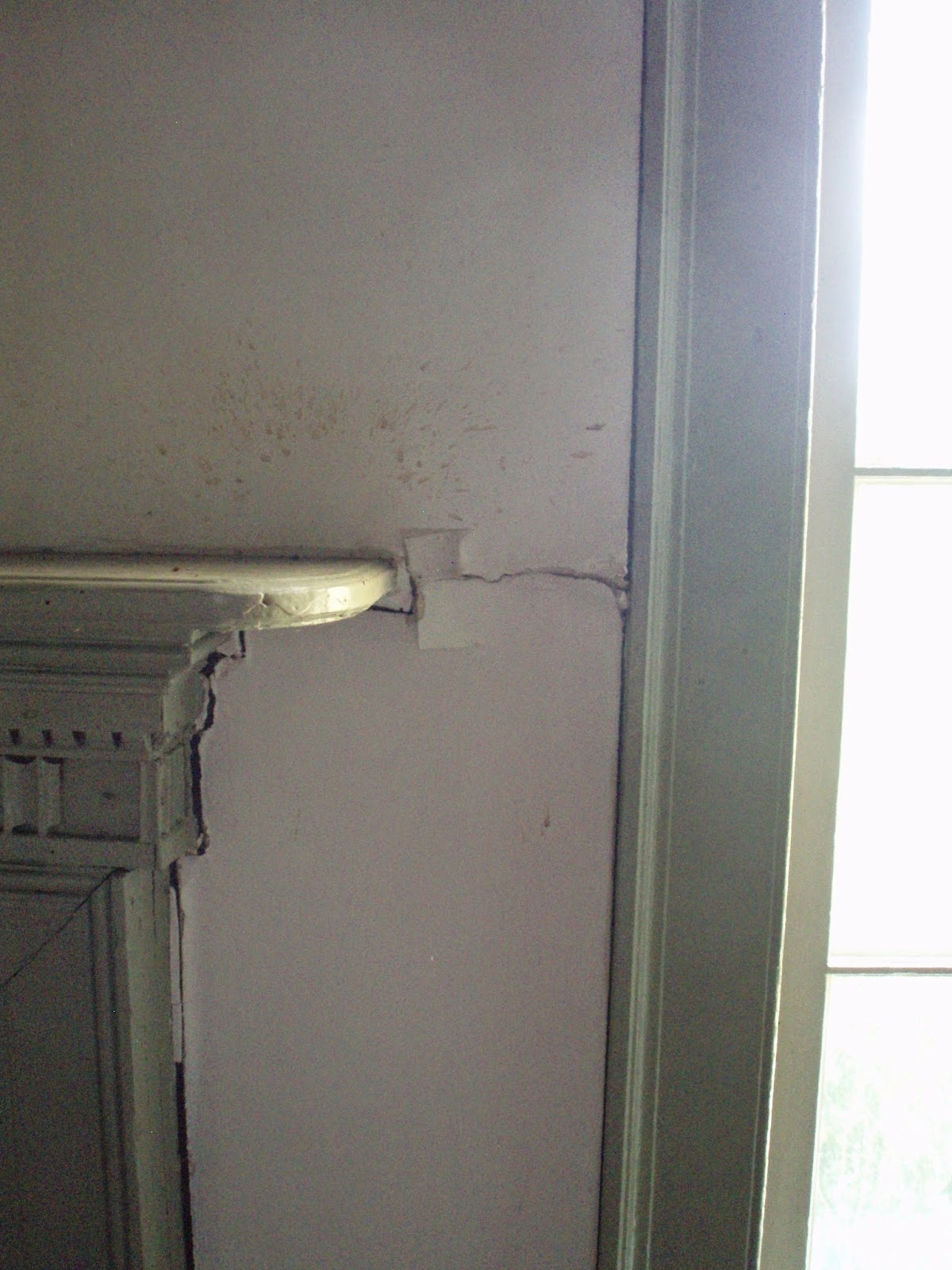 There was a reason behind these cracks, mildew-stained drywall and barely-attached mantle.  Water had slowly worked its way in over the years, soaked the timbers and invited all kinds of termites to make a home (and a meal) there, so everything attached to those timbers starting letting go.  It also solved the mystery of why the kitchen was so drafty!

All of this work only took Jason a week!  There were a couple of awesome bonuses that came along with replacing this wall.  We found out that the kitchen window had not been properly framed out, so when Jason had to put new studs in, he made sure they fit the window frame.  We figured this was probably due to the original windows being removed at some point in time.  We also learned that the window on the other side of the fireplace was originally a door, leading to the outdoor kitchen.  Old pictures to come!  Also, the new siding Jason put on is better quality than the other stuff added in the late 80s, and Jason beaded it to match the 1800s era siding on the front of the house, AND aligned it with that siding.  Sigh.  We love him for that!